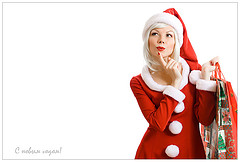 According to a study released by the flirty dating website BeNaughty.com, more than one in five women have a secret Santa Claus fantasy. And 1 in 10 wear a Santa costume in the bedroom.

Recent research by the website BeNaughty.com revealed that women find that Santa Claus, the chubby, bearded gift-giver is very sexy. During the research, more than 1,000 women were asked whether they fancied Santa Claus. 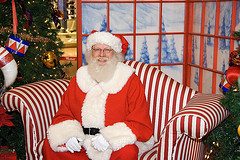 According to the study results, northern women were most attracted to Santa Claus, with almost one in three (32%) from Sheffield (in the United Kingdom) and one in three (31%) from Glasgow (in the UK) saying they found him sexy. The BeNaughty.com research also revealed that one in 16 (6%) men had, at one time or another, dressed up as Santa Claus in the bedroom.

Also, men from Cardiff, United Kingdom were the most prolific: more than one in 10 (11%) said
they had dressed as Santa Claus for their partner. And one in 10 (9%) women had worn a sexy Mrs Claus outfit, with one in six (17%) Liverpudlian women saying they had slipped into the kinky red and
white outfit for festive fantasy fun.

The total survey base: 23,111. The survey was conducted in the United Kingdom.

“Do you find Santa Claus fanciable or sexy?”
City/town Women who said yes: %