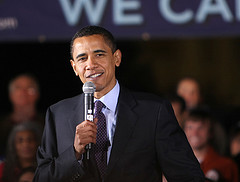 There we have it, folks. Barack Obama has officially picked Joe Biden as his Vice Presidential running mate for the 2008 Presidential election. Politico.com reports that “Barack Obama has ended an intense and highly secretive search for a vice-presidential nominee by settling on Sen. Joe Biden of Delaware—a choice calculated to offset some of the weaknesses in Obama’s own resume and produce a ticket that marries messages of change and experience.” 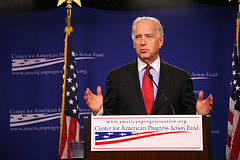 The went on to say:

At 12:42 Eastern time, CNN won the hyper-competitive quadrennial derby to be first with news that others always have within minutes afterward. Veteran political reporter John King went on air saying he had two sources confirming Biden’s selection.

I have to say that I decided to go to sleep rather than stay up and continue watching CNN. All sources pointed to the fact that the Obama camp would reveal the running mate on Saturday morning sometime using a text message. We see that that did not happen. Instead, a news organization confirmed and reported the results.