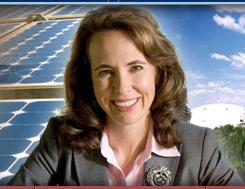 US Congresswoman Gabrielle Giffords, along with several other people, was shot at a town hall meeting in her home State of Arizona.

Early reports say that Congresswoman Gabrielle Giffords had died, but apparently that has not been confirmed. At the time of this post, CNN is reporting that she is in surgery. Here is more from CNN:

[Updated at 3:oo p.m. ET] Rep. Gabrielle Giffords is currently undergoing surgery for a gunshot wound to the head, a spokeswoman for the University Medical Center in Tucson said.

Nine patients were brought to the hospital, including a child. All of them are in either serious or critcial condition and are undergoing surgery, spokeswoman Darci Slaten said.

A federal judge was also among those shot, a law enforcement official said. It is not clear whether he was among those taken to the hospital.

UPDATE: CNN is reporting that Six people have died and 12 – including U.S. Rep. Gabrielle Giffords – were injured in a shooting at a political meeting at a Tuscon, Arizona, grocery store Saturday, according to Rick Kastigar of the Pima County Sheriff’s Department.