Now, I think it is starting to get pretty ridiculous. If not just plain unfriendly to customers. There are reports today that Ryan Air is going to start charging 1 Pound (about $1.52 US Dollars) for using the toilet on the airplane. 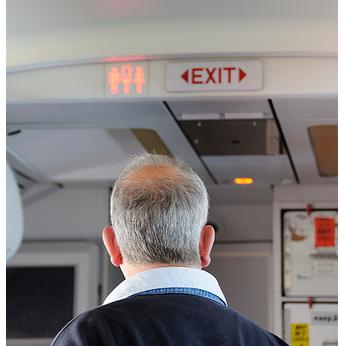 Earlier this week, Spirit Airlines announced that they would start charging customers for their carry-on luggage, especially if you were going to put that carry-on luggage in an overhead bin. Spirit Airlines will charge $45 for each bag you put into the overhead above your seat starting this August. What BS? If I were advising them I’d say reverse that decision immediately. Just stupid unless most other airlines follow their lead but I doubt that will happen.

As for charging to use the toilet on the airplane, I personally think it really comes down to math. Basically, it all it really is is a math game, free toilets, needed like 6 to accommodate everyone. If you make them pay, you can remove 4, you can add 6 more seats to the plane. If you’ve just added 6 paying passengers and lost virtually nothing, then it’s really not about making people pay, it’s about having them go before they get on. Change your airline passengers’ behavior a little bit. Ryan Air only offers short flights, which are typically in duration of less than two hours.

There’s an interesting article about it here:

Ryanair has confirmed that it is pushing ahead with its controversial scheme to charge passengers for use of toilets on its aircraft, meaning spending a penny on a flight will soon cost as much as a pound.

The no-frills airline is working with Boeing to redesign the cabin and develop coin-operated toilets on 168 of its planes. Not content with charging passengers for use of the facilities, the airline is also looking at reducing the number of toilets on board, leaving just one available cubicle for up to 189 passengers.